I’m not very loyal to mascaras, I normally find that they give me roughly the same results. However, I have found an affordable lengthening mascara that hits a few of my requirements.

I decided to try this Mecca Max Wink Ink Super mascara, off the back of the recommendation from the You Beauty Podcast. You get the feeling that you are buying something luxurious when you leave Mecca and they have wrapped it all up delightfully for you, when you have really only spent $20.

The mascara is lovely, it adds volume and didn’t clump or get chunky on my lashes. I did notice that when it hit the three month mark, it began to transfer under my eyes and was hard to remove, which doesn’t happen after using other products of similar value.

To apply, brush through your lashes, beginning at the base and wiggle while stretching upwards. For maximum volume and definition, coat both sides of your lash – top and bottom!

It’s only $20 which I do think is reasonable, considering the drug store mascaras are roughly the same price, if not more expensive. It’s available exclusively at Mecca, which makes it easily accessible enough as well.

As I mentioned earlier, I’m not loyal to mascaras so I won’t rush to Mecca to get a replacement urgently. However if I was in-store and realised I was running low, I would repurchase another one!

Thank you so much for taking the time to read this post, An affordable lengthening mascara.

View all posts by Melissa Jayne 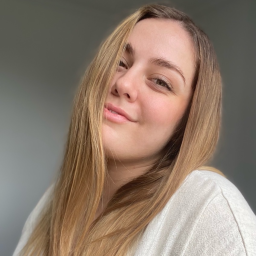 Welcome to my little corner of the internet! This space is a beauty and eczema friendly skincare space for me and all my beauty BFFs ♡

@femfreshanz has a brand new look and feel, with the same trusted formulas designed to provide all-day freshness 🫧
✔ Effective against signs of wrinkles & breakouts
Specifically designed & pH-balanced for intimate skin - @femfreshanz is perfect for daily use as part of your self-care routine.
• @biotenau Hyaluronic 3D Anti-wrinkle Overnight Treatment - $8.99 at @chemistwarehouseaus •
Pamper night in with @bondisands 🦋
Absolutely marvelling over my skin results with the #stellarM22 treatment at @lumenis.aesthetic.anz 🥹
week 14 of 52 ✨
@aestheticsrxskincare hydrating daily moisturiser